Patrick Jouin was born in Nantes in 1967, and received his diploma at Ensci-les Ateliers in 1992. He worked as designer for the Wagons-Lits company and in 1993 began a short collaboration with a company producing television sets, under the artistic direction of Philippe Starck, in whose studio he went on to work until 1999. 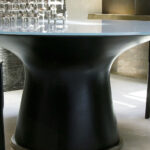 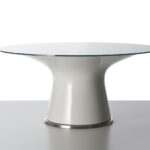 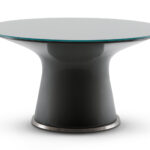 Jouin has produced designs under his own name since 1998; chairs, sofas and beds, an automobile design and stands for various motor shows, in collaboration with Imaad Rahmouni. Working with Alain Ducasse, the famous French chef, brought him into the international limelight. Jouin designed the interiors and furnishings of restaurants in Paris and New York For Cassina.

he designed a set of products (table, chairs, sofa and accessories) which was shown at the Cologne Furniture Fair in 2003. 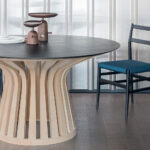 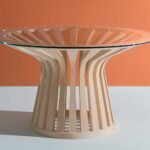 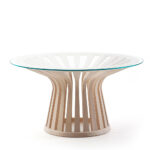